The American capitalist regime will surely go down as one of the most murderous, duplicitous and hypocritical of all time. While declaring themselves the world’s foremost defenders of liberty, freedom and democracy, consecutive US governments have enabled dictators all over the world to do slaughter and torture with impunity to the tune of millions of innocent lives. Not to mention their own excursions into the theatre of war (Iraq, Afghanistan, Vietnam, Korea etc).

Anyone who has seriously challenged the ruling, white, right, Christian, capitalist, war-mongering orthodoxy at home has been assassinated. Whether it be peace-loving black reverends (Martin Luther King) or the President of the United States himself (John F Kennedy).

In this remarkable interview with former boxing heavyweight world champion, Mike Tyson, Robert F Kennedy Jr – whose father and American democrat, Robert F Kennedy, and uncle, American President, John F Kennedy were both assassinated by the CIA (his words) – takes us inside the seldom seen machinations of the American war machine and so-called ‘intelligence apparatus.’ 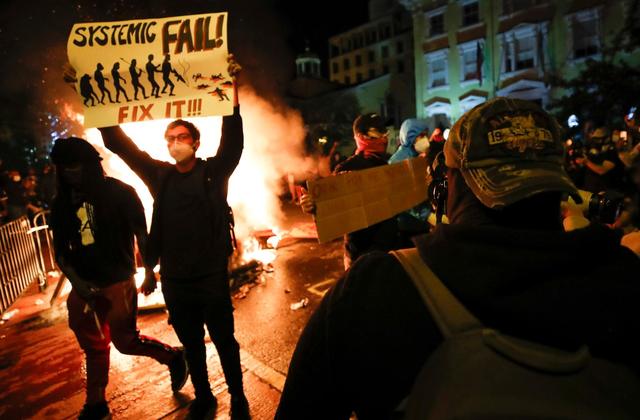 Robert F Kennedy Jr: My Grandfather sat on a commission during the Eisenhower administration, it was called the Hoover Commission and also known as the David Bruce Commission, and they looked at what the CIA was doing with its secret operations around the world and they thought it was a catastrophe for America and for democracy. My grandfather had a very strong belief that America could not be an imperial power abroad and continue to be a democracy at home. He felt if we continue to be a military power abroad we would become a national security state at home and we would lose our democratic rights, which is exactly what happened.

Mike Tyson: What did we become?

Robert F Kennedy Jr: I think we have become what he predicted we would become. I think we are a National Security State now. We’ve devolved away from democracy (and moved) more and more toward a corporate kleptocracy.

Eisenhower on my birthday in 1960 gave his last speech in political office just before my uncle took oath of office. And Eisenhower warned the greatest threat to democracy was not a foreign enemy but the military industrial complex which, he said would rob everything we value of our country. My uncle spent the next three years fighting against the military and intelligence apparatus and he was killed. And my father ran for office campaigning against that cartel and against he Vietnam war and he was also killed. I think our country since that time has been going down the path of becoming a national security state.

Co-host Eben Britton: It’s so interesting that Eisenhower warned against that as a General…

Robert F Kennedy Jr: Historically, it has been the people who actually experienced war in this country, the Presidents who actually experienced war, who have done the most to try and keep us out of war. My uncle President Kennedy is an example. His brother was killed in the war, Joe Kennedy Jnr. His brother in law, my aunt’s husband, was killed right at the beginning of the war, Andrew Cavendish.

Read More: Murica and What It Means For The Rest of US

(JFK) was lost at sea and presumed dead at sea after his ship was run over by a Japanese destroyer near the Solomon Islands. He was rescued ultimately by a Solomon Island native but he lost a lot of his crew and a lot of his friends were killed. My uncle (JFK) was asked by Ben Bradley, who was one of his best friends, who was the publisher of the Washington Post, ‘What do you want your epithet to be? And he said, he wanted his epithet to be, ‘He kept the peace.’

Robert F Kennedy Jr: Right, and the military never forgave him for that. Or the Bay of Pigs. They wanted him to overthrow Castro. You had the CIA in league with the mafia, you know, Sam Giancana, Carlos Marcello, and Trafficante, who was the Tampa boss, all of whom had these big casinos in Havana that Castro had closed. So they wanted to kill Castro and the CIA wanted to kill Castro and they made a partnership. In 1960, even by the time my uncle became president, it was almost impossible to distinguish where the CIA ended and the where the Mafia began because they were so intertwined in all of their planning and operations.

Watch the full interview with Robert F Kennedy Jr, below.